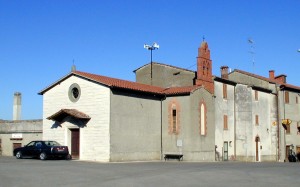 Verniana - Monte San Savino - Verniana - Monte San Savino
Located on the eastern side of the hill of  Cornia, Verniana is the ancient verinianum.The village  was owned by the Scialenga, powerful feudal lords of the Sienese territory. Its people were considered as a part of   the population of  Gargonza and, like Monte San Savino , the village  was taken over by Florence in 1383.
With a latin cross-chape perimeter, the Parish Church of San Clemente, rebuilt in the 20th century,  is located in a large square.