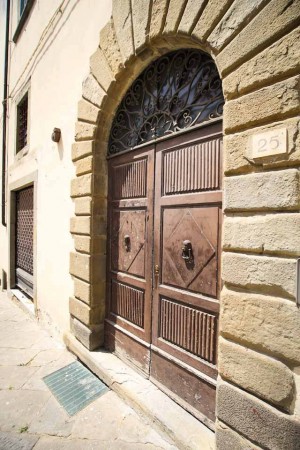 In March 1957, Silvio di Monte, priest of the Diocese of Arezzo and Canon in the Cathedral of Jesi, stated in his will the desire to build the convent of Saint Claire in his house, that had belonged to his uncle Pietro di Monte, Grand Master of Malta.  It was probably restored by the Aretin decorator and painter Teofilo Torri, who turned this house in Monte San Savino into a convent.
In a drawing of 1630, the building appears with two lines of half grated windows on the top floor and with a little bell tower of the former church of Saint Onofrio (or Saint Barbara) on the roof. The convent received the title of the Purification of Virgin Mary that substituted that of Saint Conception required by Di Monte canons because there was already another in the town in the convent of Benedict Nuns. They professed Saint Claire’s rule, following the Urban IV’s bull.

@HeresyHeroes Keep an eye out for other contests as well. If you can't make Adepticon we'd love to have you at MFCA… https://t.co/N6ByQ4qxEq