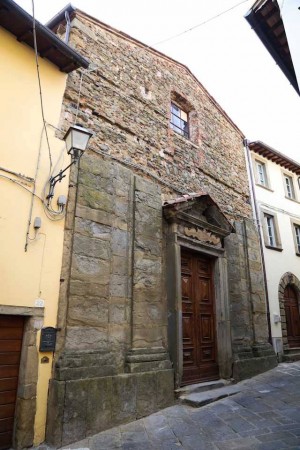 Inside, it presents a nave with some groin vaults and two side altars. The vestibule contains two memorial plaques in memory of the visit of Bishop Marcacci and Gran Duke Leopoldo in 1777. In the cantoria we can find an eighteenth century organ. In addition, one can see a walled up rococo aedicule altar with two columns supporting allegorical statues: between these two columns a painting by Francesco Conti’s workshop is hung (first half of XVIII century).